Once known to be part exclusivity, part status and part high price, the definition of luxury continues to evolve and its currency is shaped by new markers in the form of authenticity, access, expertise and experience.

But the luxury tide is moving east, too.

It perhaps explains why Chanel took a roadshow approach with two of their most iconic pop-ups in Asia last year, Coco Game Center and Le Rouge, making stops in cities like Hong Kong, Singapore and Seoul. The French luxury house has taken note that having access is key to today’s young Asian luxury consumers and this goes beyond bricks-and-mortar shops.

In early July, the brand announced plans to expand its online presence in China, launching an official store on Tmall’s Luxury Pavilion in September. The move marks the first time Chanel has worked with a third party e-commerce operator in China.

While extending reach is clearly paying off for some luxury brands, others are galvanising their presence through true personalisation. Feeling the freedom to express themselves, Asian millennials are increasingly showing an affinity for customisation and they look to luxury brands to hunt down the latest “make it mine” items.

It’s no wonder, then, that Christian Dior’s ABCDior, a personalisation and made-to-measure service most commonly seen on the Paris brand’s iconic Book Tote sported by major social media influencers, made its debut in Asia ahead of other global locations with pop-ups in Hong Kong and Singapore.

The need to make things more relatable extends to experiences as well, particularly in Asia where young millennials are feeling a resurgence of national pride. To successfully court this growing cohort, experiences that are carbon copies of those offered elsewhere are no longer enough.

Savvy brands like Louis Vuitton are going the extra mile. For its Volez, Voguez, Voyagez exhibit, the brand successfully incorporated elements to resonate with each country’s audience. During its exhibition in Seoul, the heritage brand partnered with KakaoTalk, Korea’s number one messaging app, where attendees received a special card that gave them access to a KakaoTalk x Louis Vuitton emoticon pack for 30 days.

In Shanghai, the show wove original Chinese artworks into its narrative that highlighted the evolution of Vuitton trunk designs. To do so, they collaborated with Chinese artists – Yan Pei-ming created a portrait of the brand’s founder while Ding Yi and Xu Bing designed contemporary trunks.

More fundamentally, today’s youth in Asia actively want to ensure a better future for themselves. They place a high value on purpose and gravitate towards brands who play an active role in driving cultural change.

In India, recent societal narratives have revolved around female empowerment and brands are taking note. De Beers Group’s Forevermark’s 2018 #BetterHalfWithinMe campaign targeted Indian women who no longer rely on diamonds as gifts (most likely from their partners) but are rather encouraging them to celebrate their personal achievements through self-gifting, as they are now more financially independent.

The luxury industry is witnessing a colossal shift and as brands adjust to new notions of luxury, the epicentre of growth is also moving from West to East. Luxury brands can continue to bring playful yet immersive experiences to Asian fans to elevate brand awareness and prestige in the region. But to emerge among the sea of luxury, it is crucial for them to rethink decade-old strategies and to diversify their offerings in product, experiences and messaging, by capturing each market’s unique identity. 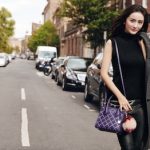 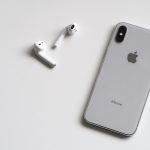