The Maldives came out on top when Agility Research and Strategy asked Chinese millennial travelers where they were headed in the next year. (Photo by Selda Eigler on Flickr. )

Holiday travel preferences are changing for the 130 million Chinese travelers expected to make a trip abroad by the end of this year. Research and consulting company Agility Research and Strategy weighed in on the issue with its “Asian Affluent Traveler Report: Generation AAA,” a survey of more than 900 affluent Asian travelers between the ages of 18 and 34, who have traveled outside their country in the past year. Agility’s findings suggest that based on responses from all of those surveyed, the most desired destinations are Hong Kong, Singapore, and Tokyo, but for Chinese millennial travelers in particular, Hong Kong is off the list, replaced by the Maldives, Paris, and Tokyo. Sydney and Taipei are also tied for third place.

The findings were discussed at a Millennial 2020 summit in Singapore earlier this month, shortly following public insecurity regarding Paris travel due to terrorist attacks and a robbery of a group of Chinese tourists on an airport bus. While France has suffered drops in tourism numbers overall, Sydney has seen an influx in tourists, including those from China who are reportedly seeking a safer travel experience. Agility’s survey suggests that while Chinese may make an exception for Paris, safety is still a number one priority for Asian millennial travelers overall, with 54 percent saying they would choose a destination based on how safe they would feel.

While cost seems to be less of a priority overall, when it comes to Chinese travelers, “splurging” takes precedent. Just over 70 percent said they would spend more on luxury goods while traveling in the next year, and 68 percent said they “would travel more luxuriously,” putting them behind only India when it comes to aspirations—India’s millennials, for instance, are 81 percent more likely to seek out more high-end travel experiences in the next year. For perspective, the Chinese millennials surveyed made at least 200,000 RMB (~$30,000) a year, with about half making more than 350,000 RMB (~$52,500), and about 20 percent made more than 750,000 RMB (~$112,500) a year.

Of all the Asian millennial travelers surveyed, more than half said they would buy luxury goods while traveling, with 53 percent saying the ability to purchase luxury goods is a factor when choosing the destination. The ability to make duty-free purchases is still important to the younger Asian travel market as well, with 44 percent saying they’d prefer to make their luxury purchases at the airport.

For hospitality and travel industries, reaching out to the millennial market ahead of time using digital platforms is imperative, as about 75 percent of Asian millennial travelers prefer to plan activities in advance, even when it comes to booking dinner at a restaurant. More than 80 percent reported they look at travel options online, and 62 percent reported that social media is an important avenue for researching their travel. While Agility didn’t specify Chinese consumers in this case, another Chinese luxury traveler report revealed almost half of those surveyed get travel information through WeChat Moments, and marketers are increasingly seeking ways to leverage this platform to connect with the shopping enthusiast, adventure-hungry, and independent traveler in China. 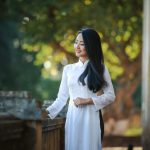 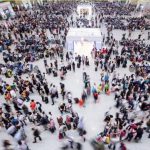