In an increasingly uncertain world, many experts and analysts have predicted a decrease in sales of luxury goods and services as consumers are becoming warier of their future and prefer to keep their money instead of spending it.

This reality has worried brands across the globe, with some meeting their revenue target, while others falling behind. Thus, many brands are starting to explore different markets and segmentations which had never been explored before in search of opportunities; using research insights as the sails on their yachts to guide them through an endless storm of challenges on an unforgiving sea that is the market today.

However, some industry players have argued that many brands have forfeited the prestige value of their products in exchange for revenue, citing that introducing luxury to emerging markets outside of Europe and North America, like China, where luxury goods could be and have been bought in mass numbers; or creating streetwear collection to attract the younger generation, are sell-out moves which go against the true principles of luxury, which was initially meant to cater only to a highly affluent clientele.

What we have been doing annually is connecting both sides of the story. By conducting our research on the millionaires in Asian markets like China, Hong Kong and Singapore, our goal is to look at the opportunities presented among the highly affluent consumers in emerging Asian markets. In China, our research insights are especially important considering that the number of millionaires in the country has exceeded the 1 million mark.

In our research, titled “Affluent Insights Millionaire Report”, we only interview individuals with at least USD 1 million in investable assets. Apart from the three Asian markets, we have always included the U.S. in the mix, which makes it 4 markets in total. Over 100 millionaires are interviewed in each market on their lifestyle and consumer behaviour surrounding luxury, travel, and financial products.

This year, we have found 4 Key Insights on Chinese Millionaires which brands need to pay attention to.

They Still Show Confidence in Investments, Aspirations to Purchase and Travel

Despite the current financial and economic uncertainty felt across the globe, when asked about their sentiment for 2017, 4 in 5 Chinese millionaires remain confident about the future value of their investments. At the same time, 4 in 5 of them are more likely to spend on luxury items and travel abroad for vacation, showing a confident outlook for the luxury goods and luxury travel industries. As can be seen from the chart above, there have only been slight shifts between 2015 and 2016 for all three, showing that there has not been much change in their mind-set.

Shares of Spending on Travel and Fashion are Almost Equally Distributed

Chinese millionaires spent 22% of their discretionary spending on travel (including travel experiences, hotels, airline tickets, and cruises), and 25% of their spending on fashion items (including designer clothing, watches, jewellery, and accessories), which implies that the preference for experiential luxury over material luxury might not completely apply to this segment. This is a particularly significant finding considering that different experts have argued that consumers’ spending allocation on travel might have the potential to reduce spending on luxury goods.

Popularity of Shopping in Country has Increased, while Shopping Abroad Decreased

There has been a 9% increase in the popularity of luxury shopping in home country due to price changes or exchange rates. At the same time, there has been a 17% decrease in the popularity of purchasing luxury mainly while travelling. This might be due to the new tax introduced by the Chinese government on luxury goods bought abroad earlier in 2016 and indicates that luxury spending by the outbound Chinese tourists might be diminished in the future.

Popularity of Credit Card Use for Luxury Purchases has Increased, while Alipay Use Decreased

Interestingly, the use of credit cards for luxury purchases has increased by 17% from 2015, whereas the use of Alipay has decreased by 8%, which showcases an increase in the popularity of credit card use in general. In fact, credit ratings have become some sort of status symbol in the country, with many young and newly affluent individuals flaunting theirs on their dating site profiles, which is not only a unique fact about China, but could also be a source of future opportunities to partner and advertise.

What does this mean for brands?

Nonetheless, there are over 1 million Chinese millionaires with at least 1 million USD in assets, which is a fact that can bridge the differences in opinions, hopes, and perspectives existing in the industry today.

There are some key insights to note when exploring this segment. It can be estimated that 4 in 5 of them aspire to spend almost equally on both international travel experiences and luxury goods. While this might be a good news for retailers in popular travel destinations, there has also been a drop in the popularity of shopping luxury goods mainly while travelling and it can be predicted that there will be a growth in the domestic market for luxury goods. Brands need to increase their presence within China, especially when targeting millionaires, and reduce their dependence on the outbound Millionaire Chinese tourists. 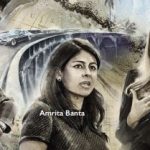