Insights on what the top Affluent spenders in key cities are expected to purchase, how they are expected to make their purchases and how the preferences differ from city to city

Throughout the education seminar and panel discussions, Ms. Banta shared key insights on Generation AAA (Aspirational, Affluent, Ambitious) in markets such as China, Hong Kong and Singapore. In addition to the consumption habits among these Affluent individuals, trends in overseas travel and perceptions of luxury products were also discussed.

Agility also ran the Affluential Global Luxury Pulse Survey 2015 to gauge the outlook for 2015 amongst Affluent consumers around the world. The research was completed between March and April 2015 by way of interviewing 1,750 respondents across 10 cities known to be major markets for luxury products. These cities include Beijing, Zurich, London, Moscow, Munich, New York, Paris, Shanghai, Singapore and Tokyo.

Key findings from the survey include:

Chinese expected to be the highest spenders in the coming months

Looking at how much Affluent consumers in different cities were planning to spend on shopping for premium goods (watches, fashion, and jewellery), spending expectations are clearly the highest in China (Beijing and Shanghai) followed by Singapore. New York, which has the fourth highest spend in the category, shows an average consumer spending one third less than his/her counterpart in Beijing. On the other hand, Affluent consumers in London, which has the lowest spend, plan on spending less than half of what New Yorkers are planning. (View Figure 1)

Figure 1 – Estimated Spend in the Next 6 Months on Premium Watches/Fashion/Jewellery- in USD
(Source: Agility Affluent Insights 2015)

Electronics and Luxury Items at the Top of Affluent Chinese Wish List.

When asked in which categories Affluent residents of different cities intended to make a purchase in the next six months, Shanghai and Beijing lead the way in terms of shopping for both luxury items and electronics, with Singapore and New York behind them for both categories. Affluent residents in Moscow and Munich also showed high inclination for electronics shopping. Singapore emerged as the leading country for overseas travel, with over 80 percent planning a trip. London and Paris made up the second tier of cities in terms of plans for overseas holidays. (View Figure 2)

Online shopping popular among Affluent, more so on PC and Desktop

When asked about where Affluent residents purchase luxury brands the results show Shanghai leading in terms of purchasing luxury brands online using a mobile phone or a tablet. Buying luxury brands on a mobile device is also popular in Zurich, while cities like London, Moscow and Paris enjoy only a fraction of the popularity. It is interesting to see Tokyo, which is known as a mobile internet frontrunner, is also near the bottom of the list. (View Figure 3)

Looking at how many Affluent residents have purchased luxury brands online in a more traditional way, using a laptop or a desktop, Munich emerged as the clear leader, with over a third having done so, while Shanghai dropped to the middle of the list. New York, Moscow and Zurich complete the top four, with Beijing coming in at number five. (View Figure 4)

Where Do Affluent Consumers Get Information On Premium Brands?

When asked about where Affluent residents across different cities tend to get most of their information about premium brands, brand websites clearly came on top of the list. These were followed by friends, family or colleagues and print media. New York was the only city where friends, family or colleagues were actually rated higher than brand websites. (View Figure 5)

When presented with a list of 27 international luxury brands and asked them to identify which ones they owned, the respondents in Tokyo, Singapore, and New York indicated owning products from the largest number of brands – an average of four or more brands. Shanghai and Beijing followed with an average of three brands per person. Affluent consumers in Zurich and London owned products from the smallest number of luxury brands. (View Figure 6)

Across all markets higher quality was seen as the primary reason for buying premium brands. The second most important purchase driver in most markets was rewarding or pampering oneself, except in New York and London, where premium brands were purchased more because they make one look or feel good. In Beijing the local Affluent value the exclusivity that premium brands can offer. (View Figure 7)

During the ILTM Asia event, Ms. Banta was quoted in China Daily and featured on Asia Business Report on BBC where she shared her opinion on luxury shopping trends across the region.

Agility Research & Strategy is a World Class Research and Consulting company with a core focus on the Affluent and Luxury Consumers for premium brands. With over 30 years combined experience in understanding the Affluent consumer, we are truly Fluent on the Affluent™™.

We partner with leading brands in helping to provide actionable insights through a suite of solutions that lead to growing their market share.

Affluential, powered by Agility is a leading consumer intelligence portal helping brands engage with Affluent consumers in more than 20 key economies across the United States, Europe and Asia. 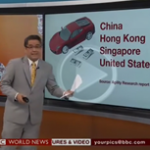 ASIA’S ERA OF YOUNG MILLIONAIRES- THE RISE OF THE WEALTHY CONTINUES!
Press Releases