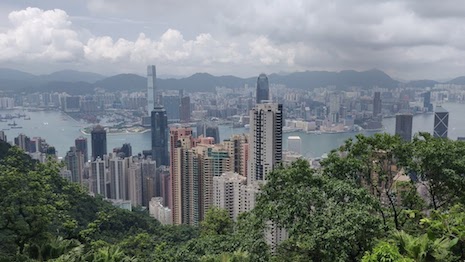 As political instability is increasing in Hong Kong because of China’s recent crackdowns, many affluent consumers in the region are looking for a more stable environment to live, leaving countries and real estate sellers trying to lure these desirable residents.

More than 29,000 people left the Chinese territory last year, the highest rate since 2012, and that was before the latest upheaval. The United Kingdom has been offering a path to citizenship for 3 million Hong Kongers born before 1997.

“Hong Kong citizens are worldly global citizens who can quickly adapt and bring value to any new country which offers them residency,”said Amrita Banta, managing director and cofounder of Agility Research & Strategy, Singapore. “Highly educated, well-travelled, with deep knowledge and large networks in Asia and China, they can become an important part of any host nation.

“Hong Kong affluent consumers are sophisticated individuals, who are used to consuming and living in luxury,” she said.

“Given the history of Hong Kong, and the prevalence of spoken English, English speaking countries like the U.K., Australia, New Zealand, Canada and U.S.A. are natural choices for Hong Kong residents.

“Hong Kong is a city with very low crime rates, therefore they are looking for a safe and low crime environment. If they are a young family, they will favor cities with good schools and universities, given the importance of education in Chinese culture.”

If people are going to uproot their lives, many will be looking for something that feels familiar and offers a connection to their culture.

“They are looking for destinations with easy connections to Hong Kong,” Ms. Banta said. “Very few plan to leave the city completely. Mostly, they plan to hedge their bets and have dual residency in Hong Kong and overseas.

“They may decide to spend part of the year in the new residency to taste the water before fully committing,” she said. “A large and well-integrated Asian community will certainly help. I doubt that Hong Kong affluent consumers will be able to do without a vibrant and sophisticated Asian food scene.”

Hong Kong is a low-crime and safe environment. Countries that want to appeal to Hong Kong wealthy residents will need to prove that their safety is guaranteed.

“Hong Kong wealthy residents, like their counterparts in New York, London or Paris, like a vibrant and active social life,” Ms. Banta said. “They will be naturally attracted by cities that offer it.

“Convenience is another factor,” she said. “Due to the compact nature of its urban grid, it is very easy to move around the city. My feeling is that Hong Kong residents will favor living in the heart of a foreign city rather than in the suburbs.”

Additionally, Hong Kong’s wealthy will prefer countries that are on good terms with China.

“This will not only facilitate traveling between Hong Kong and the new residency, but it will allay fears of future problems which may be due to deteriorating diplomatic ties,” Ms. Banta said.

“Finally, like any immigrant moving to a new country, they want to feel welcome,” she said. “They will closely watch any debate happening in the host country for signs that they in fact are.”

Hong Kong already has one of the lowest taxation systems among most developed nations and one of the most open financial systems, where residents can move capital freely to any jurisdiction. Countries should take this into consideration when luring these affluent expats.

“Most likely, Hong Kong wealthy residents have assets in foreign jurisdictions, where they are protected, and therefore they would not find low taxation particularly appealing,” Ms. Banta said.

“In Hong Kong it is legal to have a double nationality, and many Hong Kong residents already have one or two foreign passports,” she said. “Therefore what they are looking for is a country which can offer a favorable path to permanent residency. Citizenship may be useful, but not necessary.” 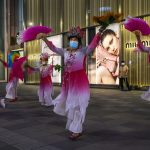 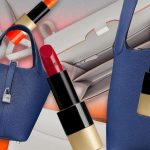